Friday night at the Tim Hortons Ottawa Dragon Boat Festival was crazy hot. I had to do a lot of running around because I decided to take some photos of The Beaches playing and then rush to my lion dance troupe for the opening ceremony. I definitely was in a sweaty mess.

I’ve been hearing good things about the Toronto female indie rock band, The Beaches. Their music is like glam rock meets new wave and just having a good time. It was a short time checking them out but they’re just wonderful. The band opened up Mia Rae and Mother Mother.

Onto the lion dance performance, it was different than the previous years because we were part of the parade of champions led by the RCAF Pipes and Drums. At least it was time efficient for us to start lion dancing right away than to wait for the speeches.

It was crazy and fun Friday night to be at Ottawa Dragon Boat Festival. The concert lineup is the best there is with Canadian content and it’s totally free.

The photos are below and there’s a lot to look at.
END_OF_DOCUMENT_TOKEN_TO_BE_REPLACED 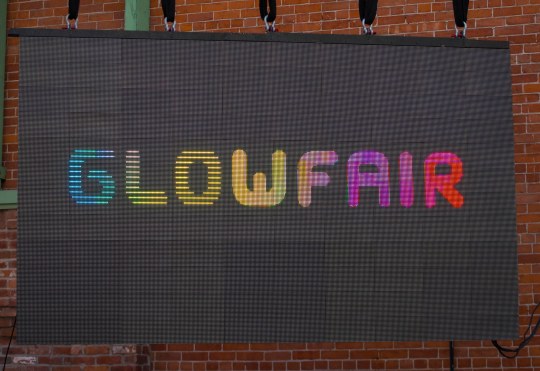 There were lots of events happening on Saturday in the Nation’s Capital. From Ottawa Explosion Weekend to UFC to Ottawa Asian Fest Night Market and Glow Fair, there’s not much to miss around with the fun and Summer around the close corner.

I first went to Ottawa Asian Fest Night Market at Lansdowne Park, as my lion dance troupe performed for the opening ceremony. With the hot weather, it was pretty tough to perform in the sun. Photos posted below.

Day 2 of Glow Fair’s concert had Gang Signs from Vancouver, Ottawa’s own The Balconies, Halifax’s Rich Aucoin and Toronto’s Dragonette. Each ranged from the rocking to the dancing beats. Aucoin was the best from Saturday’s lineup because of his interactivity to the crowd and bringing in total fun. The Balconies, who I haven’t seen in a long time had some new members, a change from when they were a trio. Dragonette brought the crowd to its feet as Glow Fair concluded the concert series.

I also took a few Impossible Project black & white instant film photos. Finally tried to B&W 2.0 600 film as it improved the development process but the first photo with Rich Aucoin didn’t turn out good because parts of it was white.

It was a weekend to not forget from the events happening in and around Ottawa.
You can check out the loads of photos below.

END_OF_DOCUMENT_TOKEN_TO_BE_REPLACED 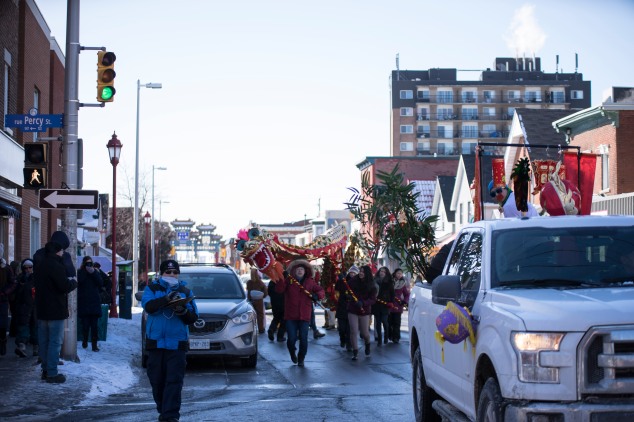 It was a very cold Sunday afternoon as we paraded down Ottawa Chinatown for the annual Lunar New Year Parade. We returned to do the parade after a year’s absence due to a schedule conflict.
As usual, the lions and dragon as well as animals in costumes and the monkey walked down Ottawa Chinatown to celebrate Lunar New Year and the year of the Monkey.

It was a fun time going down the streets. For this year, I took on the photography and we had enough people helping out and alternate each role.

This weekend couldn’t come at a bad time as temperatures hit -40C with the windchill on Saturday. Sunday was still cold but was not as bad as Saturday.
It was fine to brave the cold and still good to see people come out to see the parade.

END_OF_DOCUMENT_TOKEN_TO_BE_REPLACED

Happy Chinese New Year, Kung Hei Fat Choy. It’s the year of the Monkey for 2016 and as usual, with the start of the new year, there’s always the lion dance performance.

This year, we had a performance at Shaw Centre on Monday morning. The event was for the Loblaw NKO 2016. The NKO standing for National Kick Off. As T&T Supermarket is owned by Loblaw Companies, it’s fitting with the lion dance to coincide with Chinese New Year. After the performance, I had the opportunity to try out some samples from vendors. Well known brands from Pepsi, Lays and Coca-Cola just to name a few. I tried out Ginger Pepsi and wow, it was pretty intense with the ginger taste.
You can check out the photos from below.

Another performance we did was at SurveyMonkey in downtown Ottawa. It’s fitting with the year of the Monkey and bring a nice surprise for the employees at the online survey company to celebrate the festivities.

Since it’s the first day of Chinese New Year, there will be several more lion dance performances for this week. Loads of fun and craziness.
END_OF_DOCUMENT_TOKEN_TO_BE_REPLACED

On Tuesday night, my lion dance troupe had the opportunity to perform for Senator Thanh Hai Ngo’s Lunar New Year celebration. It was held at the Sir John A. Macdonald Building across from the West Block of Parliament Hill.

Chinese/Lunar New Year doesn’t start until February 8th. In a way, it’s considered the unofficial kick off to the festivities. It’s also the Year of the Monkey.

It was a nice event as there were some current politicians and senators mingling around. There was another event next to the building, which is the former Bank of Montreal. It was good to see some political figures around.
The photo posted above was after the lion dance performance and Conservative MP, Alice Wong was doing a bit of drumming. It was a fun night to say the least.

You can check the photos over at Flickr by clicking HERE.

Happy New Year and apologies for the sparse update on the blog. It’s been a quiet December and start of January.

On Saturday afternoon, our lion dance troupe had the opportunity to perform inside Rideau Hall, the Governor General’s residence. The event was part of The Governor General’s Winter Celebration. There were winter activities for the families to enjoy. There were horse sleigh rides and various embassies from other countries to show what winter traditions they showcased.

The lion dance was there for the Embassy of the People’s Republic of China and it was nice set up to Chinese New Year coming up. It will be the year of the monkey.

Our performance was inside the ballroom at Rideau Hall and there was a good crowd checking out as well as the Governor General, David Johnston who also brought along his dog. It was a fun time to be inside a marvelous building and it’s rare to be inside Rideau Hall.

Lastly, you can check out the photos at Flickr by clicking HERE.
END_OF_DOCUMENT_TOKEN_TO_BE_REPLACED 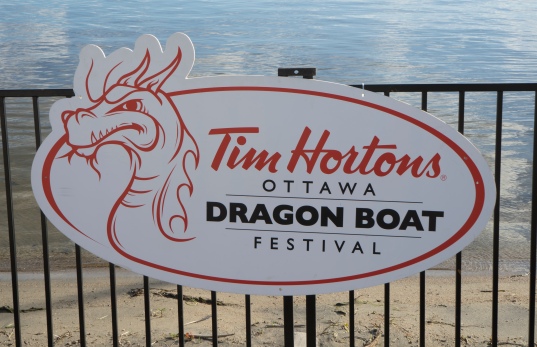 After missing out on last year, it’s great to be back for Friday night’s opening ceremony of the Tim Hortons Ottawa Dragon Boat Festival. The opening ceremony began with the bagpipers marching and leading the dragon boaters to the main tent. Following the speeches was the lion dance.

Prior to the lion dance, I had a chance to check out Kalle Mattson as they were one of the opening act for Hey Rosetta, the headliner for the Friday show. It was definitely a fine Friday night to be out anywhere in Ottawa.
I can’t wait to check out The Acorn, The Rural Alberta Advantage and Dan Mangan + Blacksmith at Ottawa Dragon Boat Festival for Saturday evening.

As usual, you can check the photos over at Flickr by clicking HERE.

Gong Hei Fat Choy! This year’s lunar new year celebrations is quite late. This year’s animal is quite confusing as it’s either year of the sheep or goat. I’ll leave it either way.

As usual, it’s great to go out and lion dance at various places. The first stop was at a public school and kids were excited to see the lions and take part in it. What was surprising that some of the kids knew their animal that they’re born in. I was able to take some photos from the event. Then my lion dance troupe did five other events and they were at a bank and several retirement homes. It was great to see some of the guys again for the performances.

You can check the photos over at Flickr by clicking HERE.

Posted below are a few silly photos during the performances. I got several lion dance performances to go. Have a Happy Chinese New Year!

Pssst, February 20th is my birthday!

END_OF_DOCUMENT_TOKEN_TO_BE_REPLACED

It has been a rainy week in the Nation’s Capital, but the wet soggy and chilly climate could not deter various events happening on the weekend. I had the opportunity to attend the Ottawa Mini Maker Faire, which was held at the Canada Science and Technology Museum. The family-friendly event which in its 4th year is a festival of creativity and showing inventions coming from a DIY aspect. A lot of exhibitors ranged from gadgets to a lot of demonstrations from robotics and products using 3D printing, just to name a few. There were workshops and panel during the event.
Over 600 plus came out to the event for Saturday, quite surprising as the festival brings out the fun technology in all ages.
Photos from the event are posted on Flickr, you can check the photos by clicking here.

The other museum to go on Saturday night was at the Canadian Museum of Nature. It was a lion dance performance for a wedding reception. Prior to performing, I brought along the Polaroid Spectra Camera to try shooting the double exposure effect. I posted two photos onto my Facebook page and I will post them here. The lion dance performance was great as usual and the newlyweds probably enjoyed the colourful lions dancing around them for good luck and prosperity.
The photos are also on Flickr, you can the photos by clicking here.

Overall, it was a great weekend in Ottawa. Another event is happening and that’s the Arboretum Music Festival. It’s in their 3rd year running and they got an excellent lineup from the Constantines, Kevin Drew, Hilotrons and a bunch of others. There’s definitely lots of do in Ottawa as Summer is not quite over yet.
END_OF_DOCUMENT_TOKEN_TO_BE_REPLACED

It’s become a yearly thing as we parade through Ottawa Chinatown for Chinese New Year. It’s the Winterlude Lunar New Year Parade to celebrate the Year of the Horse. Luck was on our side as the weather was not too cold, no major snowfall and it was a nice sunny day.
At the start of the parade, it was feeling cold but as the parade progressed further into Chinatown, it didn’t get very cold. My fellow lion dance buddies were getting sweaty as they were using the lion.

Chinatown Remixed joined the parade this year as the group has become prominent in the Ottawa arts and culture scene. Some of the members were holding horse signs as it’s the year of the horse. There were the zodiac animals and another dance troupe joining for the parade festivities.
As usual, they were firecrackers, red envelopes and lettuce as it ward off evil spirits and to bring good luck and prosperity.

You can check out a few photos from below. I was able to shoot some of it during the parade. I tried shooting with the Polaroid camera but the image quality didn’t turn out right.
This concludes the major activities and performances for the lion dance troupe as Chinese New Year winds down for another year. Kudos goes out to the Ottawa Chinatown businesses for bringing the fun and endearing the cold for the parade.
END_OF_DOCUMENT_TOKEN_TO_BE_REPLACED